Portland Oregon riot news suppressed
while DC riot news amplified for political purposes.
All fake news why they call it the TV idiot box, computer moron box, phone imbecile box,...
Antifa BLM George Floyd staged by Hollywood to educate idiots, addicts, and influence elections.
Entertainment not facts.
Along with ball games, music, idiot talking heads, old farts, negroes singing the praises of pills from Communist China and the need for world trade, world government, more gays, drugs, cars, guns, and music to blow your mind.
"Patriots" riots are idiots who cannot count votes or will not show up for work to count the votes.
Lazies who whine and complain after the election.
We studied fraud in 1950s elementary school "vote early and vote often."
Elections have been scheduled for over 200 years.
Why patriots volunteer for counting ballots and election duties a few days per year no pay.
Rallies riots after fake "election" a waste of time and fuel.
I went to university yesterday
Still Chinese rulers study real paper books, drive fancy cars,….
Poor white trash and negro slaves under house arrest with cheap junk food, drugs, electronic entertainment, contemplate their navels,…
Natural slaves.
USA becoming a plantation for China poisoned by pesticides GMO corn wheat soy pork beef chicken….
China sends electronics, drones, guns, to herd the sheeple or harvest their organs if they object.
I talked to early China occupiers in 1980 as they started to arrive in great numbers.
Fake news began before television.
Ad supported magazines, newspapers, etc.
The Traveling Lady  wrote:Tear gas sprinklers would have been nice coming down above them and rubber bullets should have been an option if they even touched the White House.
Everybody inside deserved protection.
Maybe the law enforcement and Secret Service in the National Guard and everybody are just immune to all that stuff because nobody took care of Portland every night which is still going on and countless other cities.On Thu, Jan 7, 2021 at 9:02 AM, J. C. JOHN wrote:
https://www.theepochtimes.com/capitol-police-face-criticism-after-protesters-breach-building_3647416.htmlLegislators on Wednesday questioned how protesters were able to gain access to the U.S. Capitol,  saying the actions by U.S. Capitol Police officers would be examined.
"I think it's pretty clear that there's going to be a number of people who are going to be without employment very, very soon because this is an embarrassment,"
Rep. Tim Ryan (D-Ohio), chairman of the House Appropriations Subcommittee The breach happened because of "enormous strategic and planning failures by the Capitol Police, by the sergeant at arms and anybody else who was a part of coordinating this effort," Arrests should have been made when people started walking up the Capitol stepsRyan was asked about video footage that appeared to show Capitol Police opening barriers to let protesters stream through and eventually enter the Capitol.
He said that would be part of the investigation into what happened.Sen. Brian Schatz (D-Hawaii) called on a "total overhaul" of security for the Capitol."The physical breaching and desecration of our temple of democracy must never happen again.
This was plainly a failure," John 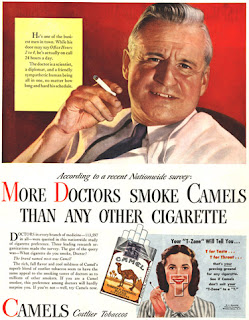