This graphic shows most sick cops are in New York City, by far!
Lesbians?
They will drown in their own filth, as Hitler warned.
Quarantine all Sanctuary cities, states, ghettos.
House arrest enforced by military.
Breakdown in law and order.
Be ready to defend yourself.
Move to Amarillo Texas, Wyoming, Montana, Idaho, Dakotas...
Fewer People =
Fewer Problems.
https://apnews.com/069d01bafbb1f15b1f6c4a4479ab1456
More than a fifth of Detroit's police force is quarantined;
two officers have died from coronavirus and at least 39 have tested positive,
including the chief of police.For the 2,200-person department, that has meant officers working doubles and swapping between units to fill patrols.
And everyone has their temperature checked before they start work. An increasing number of police departments around the country are watching their ranks get sick as the number of coronavirus cases explodes across the U.S.
The growing tally raises questions about how laws can and should be enforced during the pandemic,
and about how departments will hold up as the virus spreads among those whose work puts them at increased risk of infection.
shortages, police academies are accelerating coursework to provide reinforcements.
Masks, gloves and huge volumes of hand sanitizer have been distributed.
Roll call and staff meetings are happening outside, over the phone or online.
Precinct offices, squad cars and equipment get deep cleaned in keeping with Centers for Disease Control and Prevention guidance. Yet, many are worried it's not enough.
This week, groups representing American police and fire chiefs, sheriffs, mayors and county leaders
asked President Donald Trump in a letter to use the Korean War-era Defense Production Act
to ensure they have enough protective gear. "We're in war footing against an invisible enemy and we are on the verge of running out"
of protective supplies, said Houston Police Chief Art Acevedo, president of the Major Cities Chiefs Association.
"We've got hospitals calling police departments, police departments calling each other, and it's time to nationalize in terms of our response."Police are accustomed to meeting staffing crunches by canceling vacations and leave,
putting officers on 12-hour on, 12-hour off schedules and, when necessary, by shifting detectives and other specialized personnel to patrol.
﻿California braces for cruelest month...
USA: People arrested for violating stay-at-home orders... Inside president's risky push to reopen the country amid crisis... Pentagon eyes Chicago, Michigan, Florida, Louisiana as coronavirus spreads... Promised drive-through testing sites haven't materialized... NYC closed until end of MAY? DEATH EVERY 9.5 MINS...
Rhode Island Police Hunt Down New Yorkers Seeking Refuge...
Demand for online ordering leaves grocery stores scrambling, customers waiting...
Farmers key to keeping nation fed are wary of spread...
What Happens If Workers Cutting Up Meat Get Sick?
Trump pushes back against congressional oversight for $500 billion bailout... Woman Who Mocked Self-Quarantining On Socials -- Tests Positive...
New Yorker Tries to Recreate 'Italy Magic' By Singing Out Window, Told to 'Shut The F**k Up'...
KLOBUCHAR: Husband Coughing Up Blood..."fear-porn"Construction Companies Lobby to Keep Working...
SICK MAP... 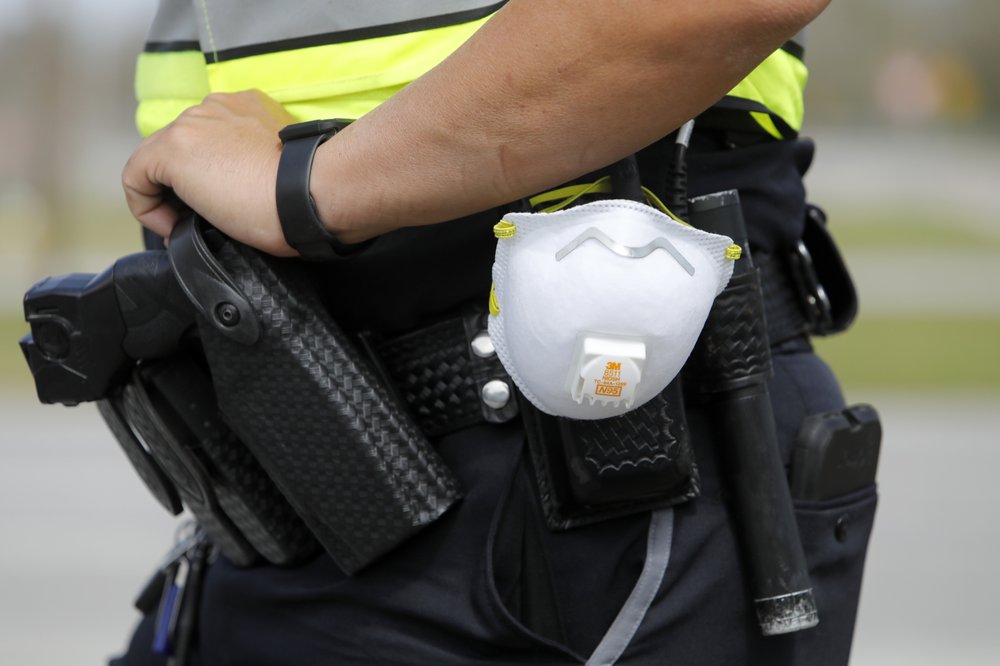