Bank tellers are minimum wage, barely trained.
Often do bad things.
Hard to control.
I rarely use cash nowadays.
Everything by credit card or pay by online accounts.
Buy as little as I can.
Get rid of junk not needed.
The less you buy the less problems you got.
Be ready to move fast if SHTF get to airport and fly to Hawaii.
Before SHTF move to a safe location, best medical, low crime, smart rich white people.
Do not make yourself a target.
Cash makes you a target for thieves.
Guns makes you a target.
Drugs makes you a target.
Phones makes you a target.
Get Nokia dumb phone, banana yellow.
I quit carrying a phone except when driving.
I rarely drive.
Move to Honolulu where you can walk everywhere.
Live without electronics, heaters, coolers, phones, TV, radio...
I often do take 1 electronics device when walking around turned off when not in use.
Usually small 10 year old ipod that can get some emails and look up stuff online.
Need to get a newer ipod to use phone, google voice, modern apps.
Or some other device but avoid wasting money on left wing technology Chicom companies.
My oldest android has an actual radio that I can listen to without being tracked.
The best show is:
https://www.peoplespharmacy.com
today had:
https://drhyman.com/
Dr. Hyman functional medicine Cleveland Clinic cures diabetes in 3 days for example.
Peto diet = Keto + Paleo
Plant rich not plant based.  Most modern ills are just junk food ills and sitting ills.
get rid of modern wheat gluten, dairy cow casein 1
but casein 2 is ok sheep goat milk.
Live longer in South Texas San Antonio eat beans corn traditional Mexican food.
El Paso Texas the lowest crime rates in USA and cheapest nursing home costs in Texas if you insist on getting sick.
Hawaii lives longer due to best weather, beauty, great outdoors.
Japanese live longer - children eat seaweed and raw fish from early childhood.
I walk 12 miles in gym on machine precise measurement when possible.
Need 10 miles walk or run per day or feel worse.
Gets kind of boring so bring along electronics and magazines.
Worthless TV idiot box always talk about fake impeach news arrogant swamp creatures paid for by your tax money….
From: Lothar ﻿https://www.fox5ny.com/news/bank-teller-accused-of-attacking-customer-in-home-invasionBEL AIR, Md. - Police in Maryland have arrested a bank teller
accused of a home invasion of a customer
who had recently withdrawn a large sum of money.When seconds count the cops are just minutes away ! 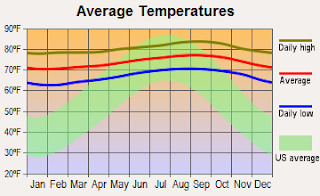