The guardrails are off the Trump presidency - CNNPolitics

From: Lothar Eric,﻿Let's pray for President Trump. You see how typically bias CNN and the Neocon controlled Media is, by twisting things for the dumb masses/sheeple to believe this garbage, their goal is to destroy this president.  It all could backfire ! Let's hope so, if the sheeple wake up in time.(The ruling shadow government, rich Mafia Bankster Elite have $Trillions to control the Banks, Media...Radio/TV, Internet, newspapers, paid judges and Congress persons from both parties,  that is a hard fight for the president, he needs us 'THE PEOPLE') The Neocon-controlled MSM is trying to manipulate the "totally blind sheeple" the way it was also done under Nazi Germany, where most people easily fell for it. Americans are more gullible than the Germans, especially now, since the technology advanced. Ideal for brainwashing [mind altering/manipulation] and their surveillance on us [by google etc.] is the confirmation for their success, by these evil forces.The President is right. One should encourage investigation of corruption by the former administration, using any tools necessary. (VP Biden/Son corruption stinks to heaven ! Eliminate these corrupt people/candidates before they can become president !)We now know that the presidents...Clinton, Bush, Obama obeyed the Neocons, the Cabal, with their project [PNAC] war-agenda, and that Trump [as a non-member of the cabal] despite them trying to prevent him from ever becoming the president, got in, to destroy the 1% rich, [never elected] ruling shadow government, the mafia/establishment.After the CIA did the coup, 'Regime Change' in Ukraine [the overthrow of the democratically elected president] and put a Neocon Oligarch in power, VP Biden's son, with no skills [conflict of interest] was placed into a high money making position there, under all the corruption [after the Obama/Biden] coup d'état in Ukraine.Now, there is another [puppet-president] Neocon in power in ["our"] the Ukraine. Corruption from A-Z !God forbid if the Neocons/Banksters, the rich 1% Elite, Cabal/Mafia, [our now real angry Masters get their power back] win the White House again. We would never recover from that !They would get their dream of World domination [Antichrist] Enslavement of all people under Socialist/Fascist tyranny. Depopulation, culling would be next. (Filtering out people with a low social credit score and killing the very young and everyone over 40, that is too difficult to re-program/re-educate)  Excuse is already 'Climate Change', to get the 7 Billion world population number down.Not only will they take away our Constitution, our liberty, they will take away not only our guns and our free speech, they will take our money Eric, our homes, motorcycles and leave us [if lucky] with only one form of transportation. What they call Re- distribution of money. It does not work ! We will look like any 3rd world country, like Mexico in California, in a short time.Single people under socialism have no right to own a 'single family home' §2022. Besides, private ownership will be outlawed, people not passing their [Gov.] grade will be killed and maybe become organ donors, like in China etc.Nor will you ever be allowed to own 2 motorcycles and a car etc.etc.Let's help ourselves and support Freedom, the Constitution, our President ! 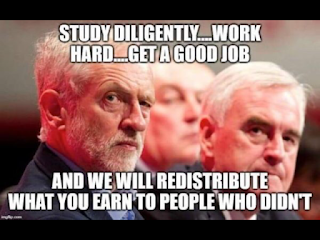