New info on topic I know a lot, often from first hand experience,
and studied it since a teenager why I moved to liberal Boston from conservative San Diego.
To not get addicted to conservative propaganda I already agreed with.
Unfortunately I was not so careful about diet and got too much carbohydrates sometimes for many years but usually avoided sugar.
Sugar causes aging 7 times faster than flour, potatoes and other grains.
Sugar is addictive and toxic.
Very damaging to tissues - keep your blood glucose low.
Sugar is the starter drug.
Sugar is the cause of Dementia Diabetes Cancer Arthritis and all the modern degenerative diseases.
Sugar is addictive - lights up brain by dopamine the same as electronics, marijuana, meth, cocaine, opium, heroin,…
Fake news is addictive in the same way, and ad supported by sugar flour companies.
Give a Christian pro-Christian propaganda his brain lights up by dopamine same as any drug.
Give an Atheist pro-Atheist propaganda his brain lights up by dopamine same as any drug.
Fake or true makes no difference to dopamine - as long as propoganda agrees with preconceived notions then brain gets lit up by dopoamine.
Addictive.
How fake news can propagate.
People glued to the idiot box, phones, computers, TV light up brain with dopamine because they are addicts.
And get constant ads for lethal junk food, fossil fuels that are also addictive pleasure giving but not happy.
People become depressed and suicidal and angry and conspiratorial due to lack of melatonin.
Avoid pleasure instant gratification ---
Boost melatonin happiness by hard work, exercise, proper cooking, and going to class every day.
People learn by eye contact, verbal communications, for millions of years.
Must work in groups to improve society.
Not by entertainment electronics addiction fake news that totally screws up brain function mental illness leading to social collapse.
Lustig even discusses what chemical acts on what part of the brain.
He did not get the very wide range of this conspiracy as he is a biochemist, not an economist.
The conspiracy is much worse than he suggests.
You are the victim today
And your offspring at even greater risk tomorrow
Communist China and dictators and elites around the world may be the biggest winners by techniques perfected by American Business.
The sheeple are doomed unless they learn to work, exercise, and get an education.
https://www.peoplespharmacy.com/2018/12/06/show-1145-are-big-corporations-hacking-the-american-mind/

The distinction between pleasure and happiness

this difference is vitally important to our national wellbeing.

Corporations are hacking the American mind because of our ignorance about the difference between them.

the difference between pleasure, fueled by dopamine, and

He attributes the negative extremes of addiction, due to an overload of dopamine, and depression, from too little serotonin,

to the ways that corporations have manipulated Americans with marketing.

That's why he titled his book The Hacking of the American Mind.

How Does Neuro-Marketing Enable Hacking the 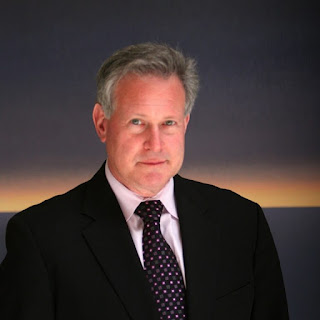 Dr. Lustig details how neuro-marketing plays into the sad state of affairs that has resulted in too many Americans ending up

How has our government enabled these developments?

What roles have our educational systems played?

And most importantly, how can we break out of this vicious cycle?

To dampen dopamine and increase serotonin for more lasting contentment,

we need to pay attention to the four Cs:

Learn about the science behind the corporate takeover of our minds.

Robert H. Lustig, MD, MSL, is professor of pediatrics in the Division of Endocrinology and a member of the Institute for Health Policy Studies at the University of California, San Francisco. Dr. Lustig consults for several childhood obesity advocacy groups and government agencies.

Dr. Lustig is the author of Fat Chance: Beating the Odds Against Sugar, Processed Food, Obesity, , and his latest book,

Corporate Takeover of Our Bodies and Brains. Listen to the Podcast: streamed online from this site and podcasts can be