"Getting close" is right. Hayden, like Brennan & Clapper were key players in 9/11 --

I can understand their growing discomfort.

Former CIA Director Michael Hayden said "it's getting close" to the time President Trump's intelligence agency leaders stand up to their boss about his declassification order and quit if he doesn't back down.

"Sooner or later, we will come to a point for what the president demands is so egregious ... that the right thing for them to do, to signal the alarm, to send up the flare is to say if you want this done, Mr. President, it will have to be done by somebody else," Hayden said Wednesday morning on CNN.

Hayden echoed the comments made by a fellow ex-CIA director, vocal Trump critic John Brennan, who said a day earlier he hopes "individuals of conscience" work to block Trump's order.

That order, issued Monday, demands the Justice Department, the FBI, and the director of national intelligence to have text messages and documents declassified, including those related to the origins of the Russia investigation.

Hayden did concede that Trump's order is not beyond his authority, but "it's just wrong though that he exercises the authority in this way."

Bloomberg reported Wednesday that the DOJ and the FBI are expected to redact some documents to protect sources and methods, but that the president has the authority to bypass the agencies' recommendations and declassify the material on his own.

The Deep State is in OBVIOUS PANIC MODE since President Donald Trump ordered a number of documents relating to the Russia investigation be declassified. Joining the loud choir of those who are pushing for insubordination against the president is former CIA Director John Brennan. 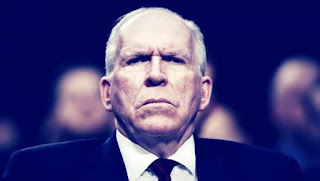 Appearing on MSNBC on Tuesday, Brennan urged people in the intelligence community to ignore the president's order. The former CIA head was stripped of his security clearance by Trump in August for his bizarre behavior.

"A number of individuals are trying to protect Mr. Trump and abusing their authorities and their powers, whether it be in Congress or within the executive branch," Brennan said.

"And this is something that I am hoping that individuals of conscience are going to stop and prevent because I am concerned that this is just one indication that Mr. Trump is going to increasingly look for steps to take in order to further try to subvert the [illegal] Mueller investigation," Brennan continued.

Brennan joins [the all Jewish team] Rep. Adam Schiff, Rep. Nancy Pelosi, Senator Mark Warner, and Senator Charles Schumer who sent a letter to the heads of the intelligence agencies demanding that they commit an act of insubordination and defy the presidential order.

"Your agencies' review, and any communication with the White House on the substance of the material, should not proceed further until you have briefed the Gang of Eight in person," the letter orders.

The intelligence agencies serve at the pleasure of the president — and this clearly crosses the line separating the branches of government. 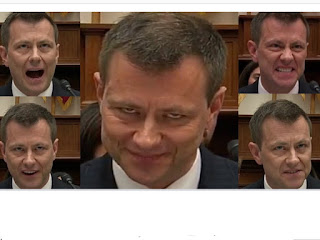 On Wednesday, it was reported that the FBI and DOJ are planning REDACTIONS  despite the order from the president. (Otherwise, once exposed, they all will hang for TREASON ! )

"The Justice Department and FBI are expected to submit their documents and proposed redactions to the Office of the Director of National Intelligence, which will assemble all the material into a package and hand it over to the White House," Bloomberg reports.

As the Gateway Pundit reported earlier on Tuesday, Congressional sources now fear intel agencies will slow-roll the process to frustrate President Trump and others who want these documents released to the public.

House Intel Chairman Devin Nunes said Monday evening that the FBI's "insurance policy" that Peter Strzok and Lisa Page discussed over text message will be exposed along with other exculpatory evidence once the Carter Page FISA documents are made public.