Fwd: Feminization ? - #MeToo Is Making Colleges Teach Toxic Masculinity 101 - “For some men, they think if they’re not raping anyone, that’s enough. But we’ve seen that it’s not. We need to train men on healthy masculinity at a young age”

Feminization ? - #MeToo Is Making Colleges Teach Toxic Masculinity 101 - "For some men, they think if they're not raping anyone, that's enough. But we've seen that it's not. We need to train men on healthy masculinity at a young age" 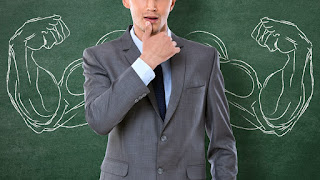 Garrett Robinson is a senior at Brown University, and a running back for the Brown Bears. Late last month, he co-led a mandatory training for freshman players, but it wasn't about their skills on the football field.

He taught them about the dangers of being domineering off the field, that it's OK to ask for help, and to watch the locker room talk.

Robinson is a peer educator in the Masculinity 101 program at Brown, which aims to help men lead healthier lives by addressing harmful norms of masculinity.

He has led similar workshops in the past, but this year was different.

"There were a few sarcastic responses playing into stereotypes of what you'd expect around this topic," Robinson said, "but mostly, people were more engaged and understood it was serious."

Brown's program is part of a growing trend on campuses to address "toxic masculinity," a term generally defined as elements of masculinity that encourage dominance and prevent men from showing emotion.

Some experts identify this as a root cause of #MeToo issues. They say it can lead to self-detrimental, sexist and sometimes violent behavior, including sexual assault.

The behavior and attitudes of young men at educational institutions is under particular scrutiny as prospective Supreme Court justice Brett Kavanaugh faces accusations of sexual impropriety dating back to his high school years.

"For some men, they think if they're not raping anyone, that's enough. But we've seen that it's not. We need to train men on healthy masculinity at a young age"

Many of the programs on campuses report new energy since the #MeToo movement began, while some unlikely campuses have addressed the issue for the first time because of #MeToo.

Neil Irvin is the executive director of Men Can Stop Rape, a non-profit that runs training for men, including on college campuses, on stopping sexual assault. He said it's crucial that men break down harmful norms of masculinity.

"For some men, they think if they're not raping anyone, that's enough. But we've seen that it's not. We need to train men on healthy masculinity at a young age," Irwin said.

When Robinson was a freshman at Brown, he attended a masculinity workshop for football players as part of a new effort there to unlearn toxic masculinity.

He was shocked by what he heard.

"Football is a very masculine sport," Robinson said. "So to hear things that I accepted as normal being challenged, like players insulting each other by saying they 'play like a girl,' made me want to get involved."

The masculinity program is led by Marc Peters, assistant director for campus engagement and community dialogue, whom the university brought on in 2014 to address masculinity issues.

Peters explains to men that treating others well starts in small ways, like how they talk, and that it's worth doing for their own growth and relationships, not just to benefit others.

His message spoke to Robinson, who quickly got involved with the program as a peer educator.

In 2016, the masculinity program significantly expanded. Guided by Peters, Robinson and a few other students created a curriculum, Pedagogy Against the Patriarchy, to expand and codify their work in order to educate other men's groups outside of football.

The demand for trainings grew last spring, moving beyond sports teams to other men's groups, like men's acapella and Ultimate Frisbee, but also to co-ed groups.

Kiana Philips, a residential peer leader on campus, brought Robinson to her dorm to co-lead a training for men and women after she noticed some men being domineering and disrespectful to women, particularly one man touching a female student in unwelcome ways.

"Brown is a progressive school, but not everyone here is active in the conversation"

"The workshop had us grapple with, do you ever have to think about walking safely at night, being interrupted, what you should wear to be taken seriously," Philips said. "It helped men understand privilege, and the women in the room could give feedback"

Philips said she noticed improved behavior from men afterward, but the man who had touched the female student didn't attend. "Brown is a progressive school, but not everyone here is active in the conversation," she said.

At University of Wisconsin-Madison, such peer trainings are run by men and women. Their program, Men Against Sexual Assault, is run by a woman, Colleen Whitley, a senior at the school and a survivor of sexual assault.

"It's really important to have both men and women lead training," Whitley said. "Men need to hear different perspectives. All women have experienced toxic masculinity, whether assault or microaggressions."

She said her group's sessions focus on survivor support, but also discuss the root causes.

"We look at how toxic masculinity contributes to sexual assault," Whitley said. "We also look at the continuum of harm, like pornography, which is often violent toward women, or just whistling at a woman on the street," she said.

She said that since #MeToo emerged, she's noticed more interest in the conversation, but also more fear from men, something Peters, the Brown administrator, also reports.

"More men are interested in learning what constitutes sexual assault and what toxic behavior looks like," Whitley said. "But