Why is Swaziland’s king renaming his country? - The Economist explains

Why is Swaziland's king renaming his country? - The Economist explains
https://www.economist.com/the-economist-explains/2018/04/30/why-is-swazilands-king-renaming-his-country

Why is Swaziland's king renaming his country?

And is this just a diversionary tactic? 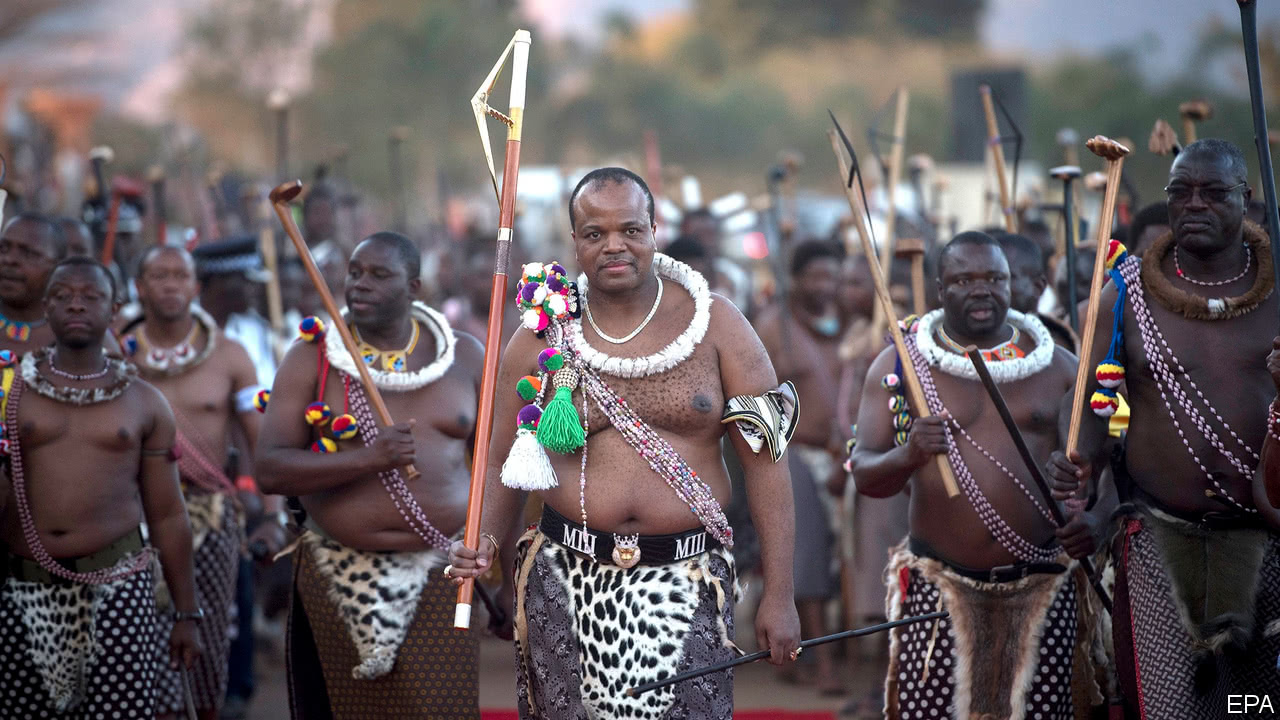 And is this just a diversionary tactic?

THE King of Swaziland, Mswati III, has a problem. "Whenever we go abroad", he says, "people refer to us as Switzerland." So on April 18th, at a celebration marking the 50th anniversary of the country's independence from Britain, the king announced that he was changing Swaziland's name to eSwatini. (As an absolute monarch he can make such decisions.) With its lower-case "e", this new name might seem at first glance to be an attempt to rebrand one of the world's last remaining absolute monarchies as something a little more modern, but the new name in fact simply means "Land of the Swazis".

Whether many people do in fact confuse Swaziland with Switzerland is unclear. Both are gorgeous mountainous countries with small populations. Both are landlocked and surrounded by bigger powers. But the differences are perhaps more striking. As well as being ruled by a man with 15 wives, Swaziland is a poor country with the highest rate of HIV infection in the world. Some 26% of the adult population is infected. That in turn contributes to a life expectancy at birth of 58 years, the 12th-worst in the world. Changing the name from Swaziland to eSwatini strikes many as a distraction from bigger issues.

Get our daily newsletter

Upgrade your inbox and get our Daily Dispatch and Editor's Picks.

Nonetheless, the king's decision does have a logic to it. Many other former British colonies in Africa took new names on becoming independent. The Gold Coast became Ghana; northern and southern Rhodesia became Zambia and Zimbabwe respectively. Basutoland, a tiny enclave surrounded by South Africa, became Lesotho. Swaziland becoming eSwatini is much the same story, serving to distance the country from its colonial past, albeit 50 years after the separation. The king has in fact long used the new name in addresses to the United Nations and at the opening of his country's parliament.

It may take some time to get Swaziland accepted as eSwatini. The Czech Republic is still rarely referred to as "Czechia" in English, despite the best efforts of its government over the past couple of years. And many institutions will presumably have to be renamed. The Royal Swaziland Police, the Swaziland Defence Force, and the University of Swaziland all come to mind. The constitution may even have to be rewritten. The Economist itself is likely to stick with "Swaziland" for now—at least until the weight of global opinion persuades us to alter our style.