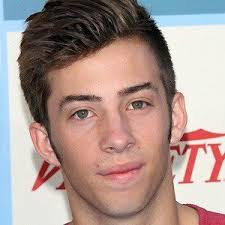 Asia Argento is an Italian actress, singer, model, and director.

She is the daughter of director Dario Argento and actress Daria Nicolodi. Her mother was born in Florence, Tuscany. Most of Asia's ancestry is Italian, and she also has a Jewish great-grandmother through her direct matrilineal line. Asia is married to director Michele Civetta.

Asia was born under the name Aria, because the city registry office refused to record her parents' preferred name, Asia. She has always used Asia as her name.