Many bargains in used luxury vehicles.
All engines last over 300,000 miles if serviced regularly and not abused.
But many vehicles are damaged, too complicated, dirty, and hard to fix so owners dump them.
If it is a good vehicle then they keep it.
Sell the lemons.
Vehicles have become a throw-away item, not an investment.
But you can find bargains especially in the luxury segment.
You need to learn some mechanicals to find the good values
Most find it more cost effective to buy new and make $ learning something other than used vehicle mechanicals.
Look for:
Cream puffs bought by rich elderly that sit in garages most of the time such as Cadillacs.
Driven slowly and frequently serviced.
Frequently replaced just to keep up with model years.
Convertibles often second or third cars that rarely get used only on nice days.
Sports cars in general often don't get used much.
But sometimes often driven too fast so get in wrecks, repaired, damage.
Be careful on these models.
Know the previous owner.
My 71 year old neighbor owned 20 Cadillacs and 10 Mercuries.
Knows the dealers and gets trade-ins single owners and often resells for profits after minor work.
In bad shape with arthritis and diabetes and wife with lupus autoimmune.
I think excessive auto use and ownership is destructive of health.
Convertibles allow more sun on skin so more Vitamin D, better contact with natural aesthetics, etc.
Convertibles allow easier, faster entry and exit, toss in sacks of groceries.
Convertibles allow security cameras to see thief driving more easily, from any direction, so less likely to get stolen.
Convertibles allow fast escape if fire or accident or flood drive into water common around here.
Duck boats accidents would be survivable if they were made convertible.
Duck boats have steel canopy roofs and plastic wrap around windows so cannot escape.
Large family of negroes could probably not swim or even get out, some too old or too young.
Positive flotation needed vs heavy steel.
Drivers are idiot blabber mouth fat slobs telling bad jokes that irritated me even as a pedestrian walking by.
Hired for oral intercourse abilities not engineering understanding and common sense.
Saw those duck boats every day, dozens in the lake, entering the lake, or exiting the lake.
They burn too much fossil fuels too - engines in poor condition, smoking, noisy.
Most passengers too fat too.
USA needs to learn to swim, row boats, get in shape and make vehicles great again.
Could do the same slower but better exercise with bicycles and kayaks.
Duck boats the only attraction in Branson that interests me.
Quite a view for a 1 hour ride.
Need more government rules, regulations, and law enforcement.
I drive 4 times per day thru busy streets large urban area.
Need to brake fast, turn sharp, accelerate fast, evasive actions frequently.
I rarely wait for signals - use back streets.
If I see a car in front or behind then turn off and take another street.
Any car, bike, kid, dog, ball is a hazard to be avoided.
Takes years to learn all the tricks.
4 cylinder, 2 liters or less, light weight, good brakes, good handling, is what is needed.
You will not get there faster with a larger engine.
Indeed large is slower and more likely to get into accidents.
Miatas and other 2 seat sports cars the best in town.
Also can be quite fast on freeways and 80MPH Texas Wyoming speed limits can outrun most problems.
Better to move to Honolulu and just walk everywhere.
Pay high rent and food but save with zero $ cost for vehicles, drugs, pills, medical, insurance, accidents,...
From: ron
Many exotic sports cars have low resale.
Here is a 2008 Jaguar XKR with 30,000 that recently sold for $16,000.
Six speed auto transmission with a 5.2 litre V8.
Friend just bought a 1999 model convertible 11,000  miles for $6000.
A new A8 Audi with V10 sells new for over $200,000.
Low mileage 2yr. old=80,000.
Ron
Cheaper than
Porsche!
Manual transmission!
Small is beautiful!
https://en.m.wikipedia.org/wiki/Honda_S2000

First shown as a concept car at the in 1995, the production version was launched in April 1999 to celebrate the company's 50th anniversary.

Several revisions were made throughout the car's lifetime, including changes to the engine, gearbox, suspension, interior and exterior.

the facelifted version (known as the AP2 in North America and Japan) incorporated significant changes to the drivetrain and suspension.

The S2000 has received much praise from critics and motoring journalists and has received favourable reviews from such publications as Car and Driver.

Highlighted are the high output of the engine, the high redline, the balanced handling, and the smooth gearbox.

User surveys have named the S2000 as a favorite for overall customer satisfaction.[26] 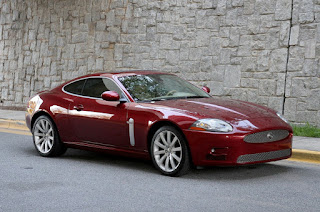